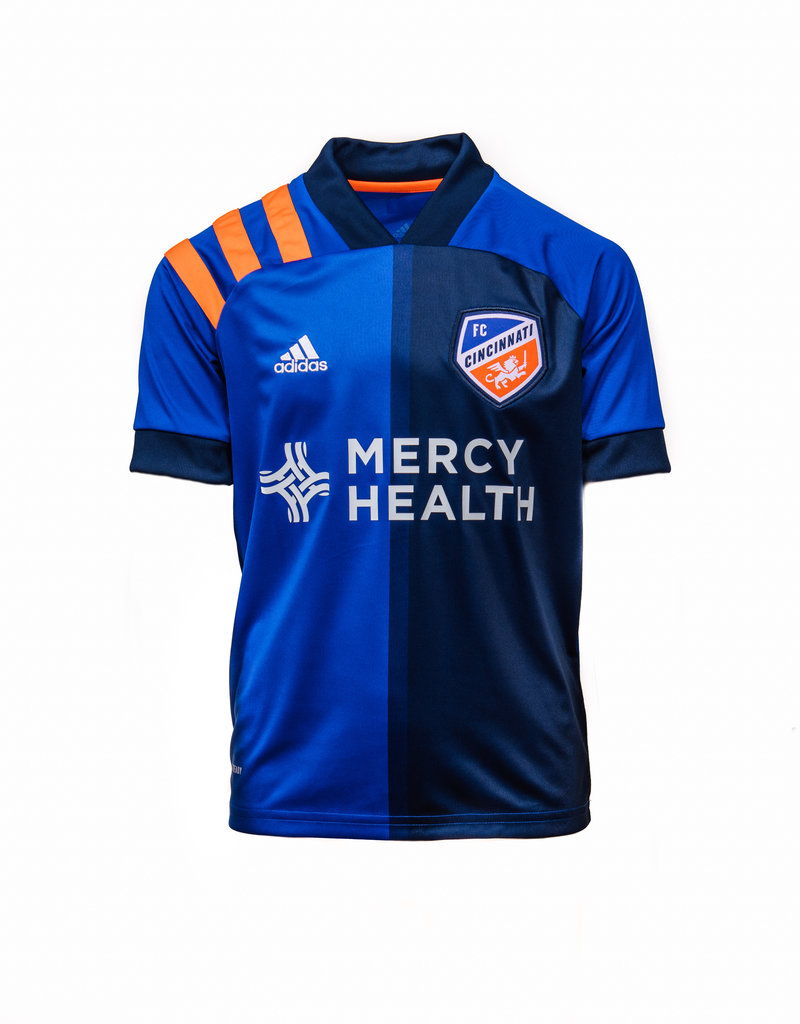 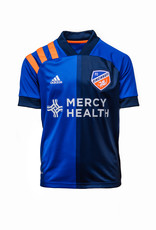 FC Cincinnati Replica Bold Jersey
This traditional half-and-half jersey that plays a royal blue half against a stark navy half to create a central contrast down the chest, signifying the on-field battle between two teams. The color play of the royal and navy also allows the orange, iconic EQT stripes on the right shoulder to stand out. The jersey also features an orange raised crown at the back of the neck – the first introduction of a new secondary club logo. The crown symbolizes the “Queen City” – Cincinnati’s nickname – and also both the club’s strength in the community, as well as replicates the crown atop the lion’s head in the club crest.

Customization may add an additional 1-2 weeks on to order fulfillment.

If ordering personalized jersey customization, select custom and submit desired name and number within the 'customer comments' section upon check out (Max. 10 characters per name and 2 characters per number).

We reserve the right to deny any customization request deemed to be inappropriate by FC Cincinnati.

Add your review
0 stars based on 0 reviews